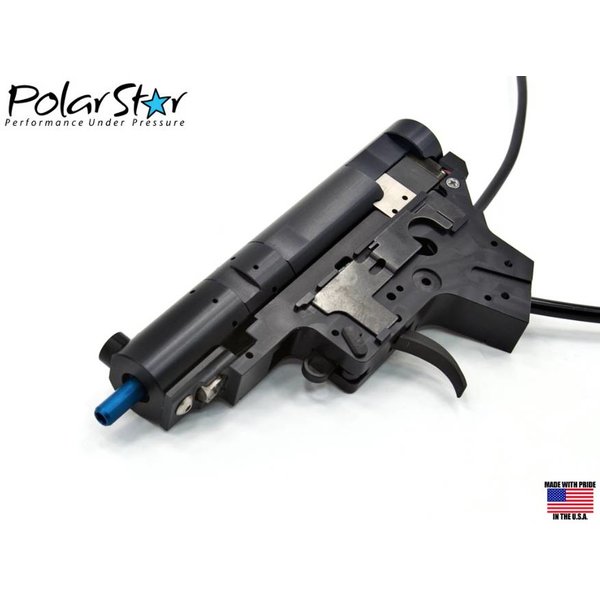 Have you ever dreamed of Polarizing your MP5, G3 or SCAR? With the introduction of the GEN3, now you can! At first glance the GEN3 FE looks very much like the GEN2 and, for the most part, the two are quite similar. However, unlike its predecessor, the FE GEN3 is no longer just for the M4/M16 series rifle. We applied the same concept used with our Version 3 Fusion Engine™ so that it is now able to interface with the selector plate and related components of your existing AEG’s gearbox.

The FE GEN3 will come complete with a trigger and steel selector plate so that it can be installed into any airsoft gun which is Tokyo Marui compatible. However, by installing a different nozzle or rifle specific conversion kit, you will be able to expand the number of rifles it will be compatible with. In most cases all you’ll need to do is change out the trigger and selector components with ones from your AEG, install a different Fusion Engine™ nozzle, and the engine is ready to use in a completely different model of rifle.

The internal operation of the Fusion Engine cylinder assembly are exactly the same and share many of the same parts, so it offers the same stellar downrange performance and rock solid reliability as its predecessor. This GEN3 does however feature a new side plate design to accommodate the AEG selector plate and is equipped with a new electronic switchboard. One advantage to this new design is that the switchboard offers a wider contact point with the selector plate to allow for varying tolerances in the rifles selector assembly making for improved out-of-the-box compatibility with an increased number of rifle brands.

As requested by many of our fans, the FE GEN3 will come standard with our newly redesigned “Milsim Manifold”. This feature enables the user to install an optional 90 degree fitting inside of their engine allowing the air line to be routed to the rear of the engine and exit through the buffer tube sling plate on an M4 series rifle.

As with all of our engine models, you can quickly change and adjust key functions of the engine via the on-board FCU (Fire Control Unit) which is no bigger than an AEG's MOSFET and can easily fit inside of a rifles battery compartment along with a small Li-po battery. Using the FCU's five position joystick and LCD display you will be able to easily adjust such functions as the systems cyclic rate, fire modes and nozzle timing on the fly.

With the Fusion Engine™ in your rifle you will also be able to adjust its muzzle velocity via the remote air rig (sold separately). Adjusting the PSI output on your air rig will allow you to fine tune your rifles muzzle velocity so you will always be able to get it exactly where you want it. And then for larger velocity changes we offer a series of air nozzles with varying bore sizes to shift the velocity adjustment range up or down to best meet your requirements.

The best part is that our system is extremely user friendly. Even if you have only the basic understanding of an airsoft rifle, you will find that operating and manipulating this system is very simple and does not require a degree in airsoft engineering to figure out. 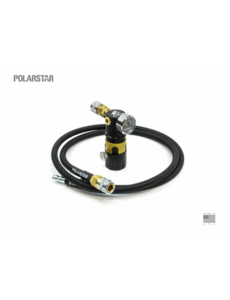 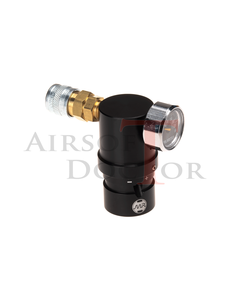 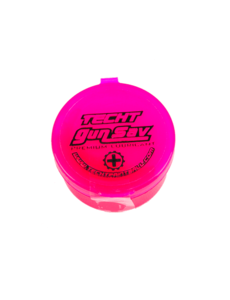 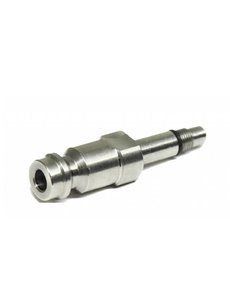 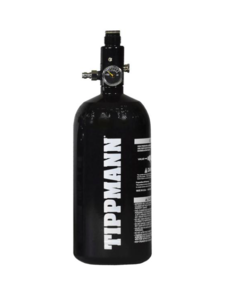