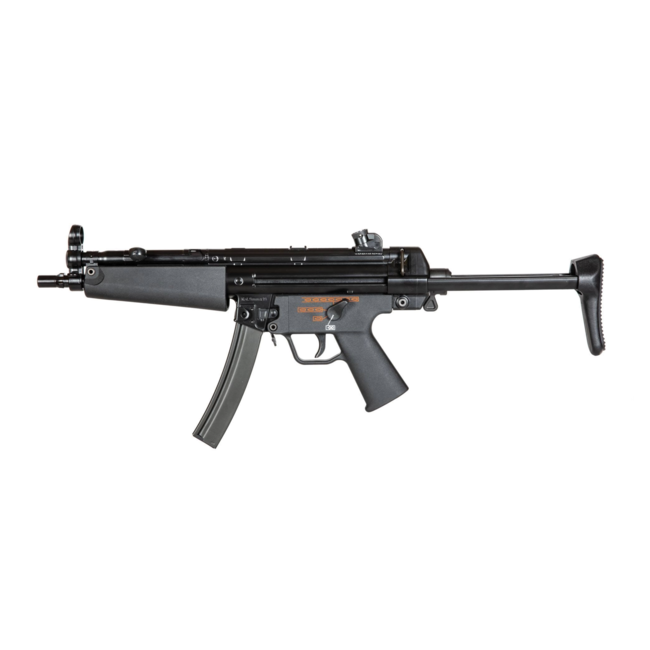 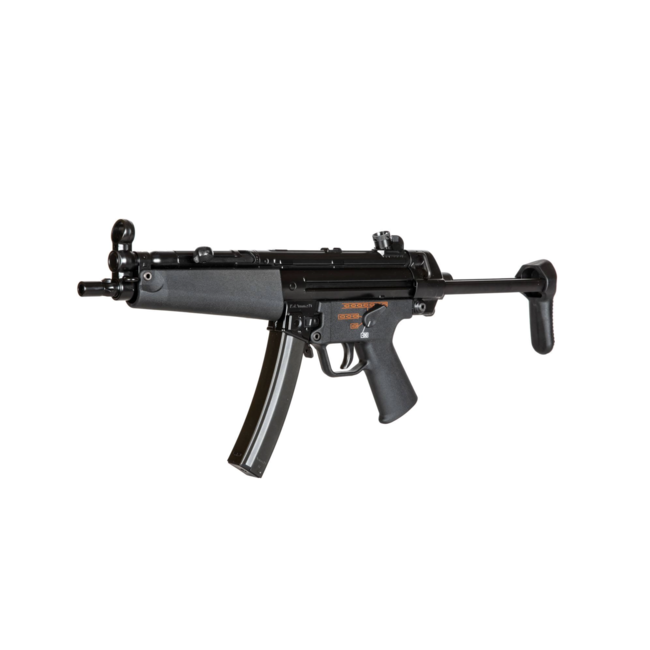 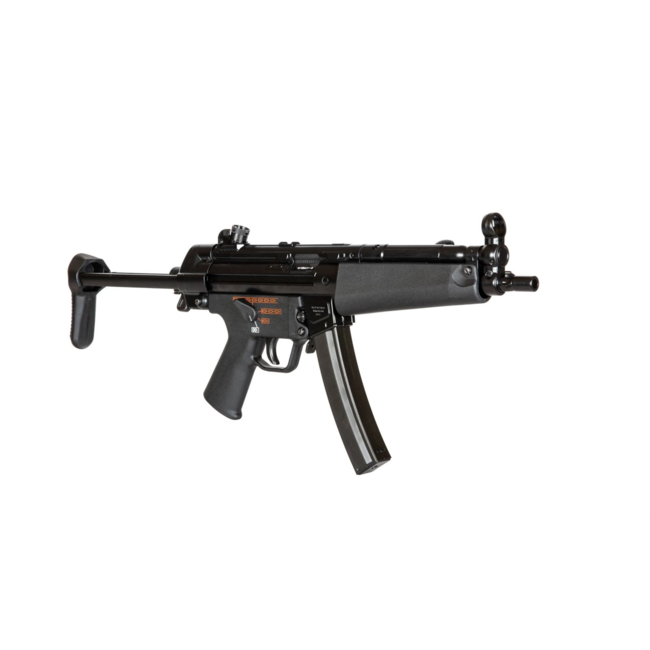 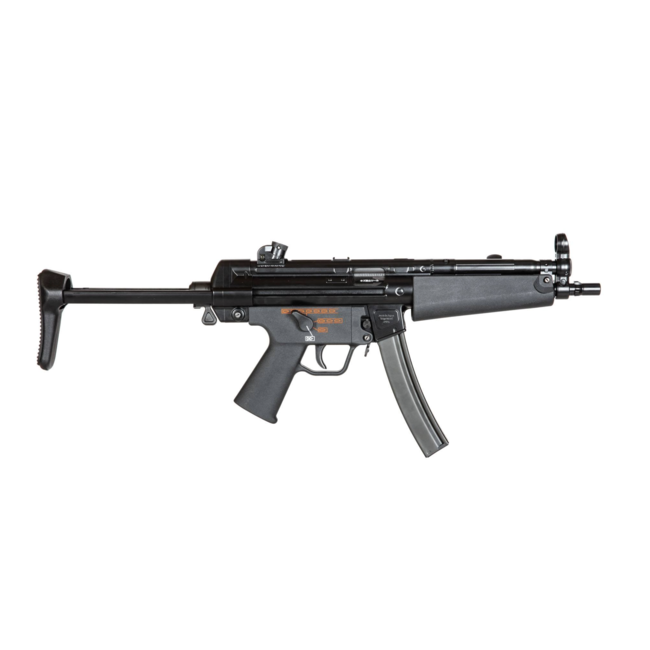 The latest replica of the MP5 A5 submachine gun manufactured by the Japanese company Tokyo Marui. The excellent quality is assured thanks to the materials used, the fitting of the elements and the quality - which is hardly surprising considering the manufacturer is already a legend in the airsoft world.

The replica is fitted with an "M-System" that uses an electronic FET trigger. It enables - among other things - the possibility of firing in a 3-shot burst and makes the trigger more responsive, while at the same time ensuring continuous monitoring of the system (7 sensors) and reaction to irregularities in the form of interruption of operation in the event of a failure. The system also ensures that the replica will stop operating after the last BB has been fired from the magazine and the slide is released with the help of the legendary reloading lever, performing the iconic "HK slap". The lever itself has been strengthened precisely for this exact purpose, so that the user can make this movement at will.

The PM has a new generation NGRS system built in - Electric Blow Back - imitating the movement of the slide, which sets a new standard in AEG replicas. Tokyo Marui's NGRS system gives an amazing feen when firing the replica, noticeably "kicking" in the shooter's arm thanks to the integrated recoil system (Recoil Shock System). The force with which the slide works in the replica is similar to the original firearm counterpart.

The barrel of the replica is finished, just like in the original, with three bolts that allow the installation of a flash hider or dedicated suppressor with an added adapter, because the outer barrel itself does not have the popular 14 mm CCW thread at the end.

The replica has a magazine with a capacity of 72 BBs. The magazine has been designed in such a way to resemble the original as much as possible.

- replica
- magazine
- suppressor adapter
- a tool to adjust the sights

The set does not include a battery or a charger.