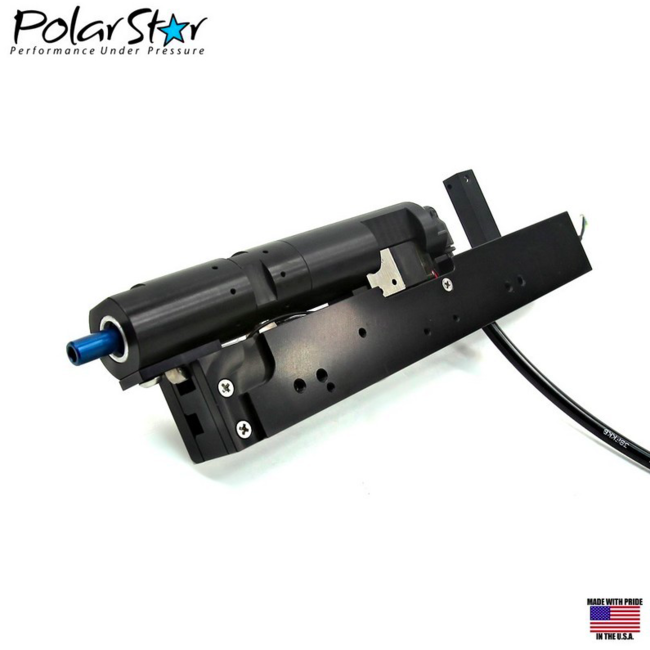 The Fusion Engine™ was released in 2011 and was the first new HPA system to hit the airsoft market in over two decades. This is the system that started the HPA revolution and has set the benchmark to which all other systems are measured. Although many have followed it, the Fusion Engine™ is considered by most to be the best. This system won "Best HPA Engine" the very first year Popular Airsoft added the HPA class to their Players' Choice Awards.

This is a complete drop-in system which replaces the entire AEG gearbox with a full CNC machined lightweight aluminum chassis. It is the most adjustable system we produce with the widest range of adjustment in both velocity and rate of fire. Being a dual solenoid, closed bolt system so you are able to adjust the poppet valve (firing air) and nozzle (feeding) independently for full control over both the loading time and air volume used.

Being a true closed bolt system it is easier to achieve a high level of accuracy since it is not as critical of the hop-up configuration as an open bolt system. Additionally, it does have the best feeling trigger since the trigger micro-switch is custom fit to the frame so the trigger has a distinct break, hard stop and short reset.